The competition took place at the Downtown Courtyard by Marriott, with an awards party Sunday night at The Pyramid Scheme.

With a record number of entries from across the globe, GLINTCAP is said to be the world’s largest cider and perry, or pear cider, competition. England’s Royal Bath and West Show likely could regain its title as it opens up to North American entries.

There were 480 entries into the commercial division, with 413 medals awarded.

Both of the ciders by Farmhaus Cider Co. in Hudsonville took home bronze in the new world cider-modern category.

Virtue Cider in Fennville took home a bronze and a silver in the new world cider-heritage category. 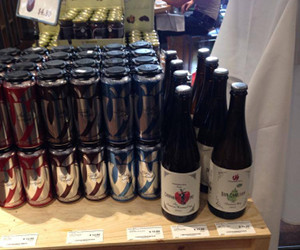