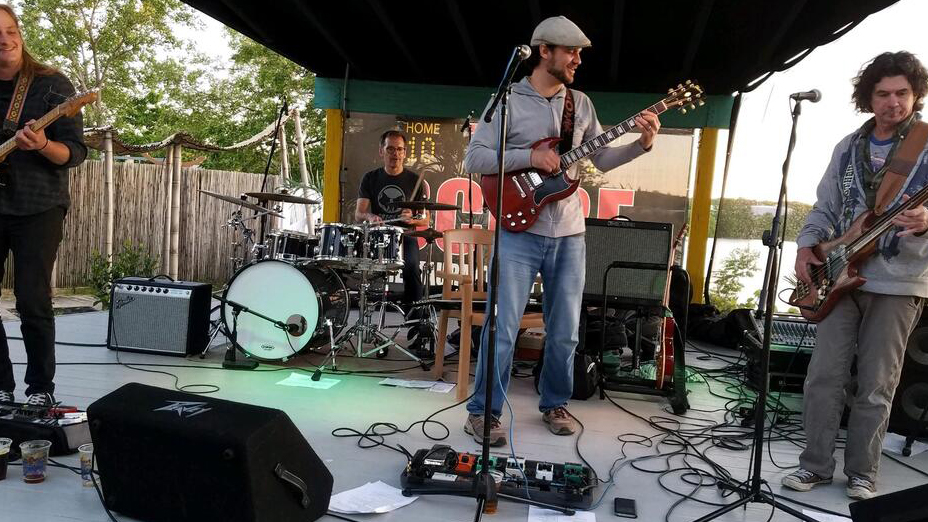 Live on the mezzanine! Seats are limited. Grab your space and a cider!

“Hazy Past is a Vintage Rock band that performs songs from the hazy past, deep cuts & B-sides…and the hits.

The band features the standard rock setup with drums, bass, guitars and rockin’ lead vocals. Hazy Past creates a sound that covers many genres of music, from rock, funk and blues to classic country. With nearly 100 songs in their repertoire, the set-lists are never the same.

More about Hazy Past: hazypast.weebly.com

Want to book a public event here with us? Send us a message!

To our loyal Spring Lake customers


It is with mixed emotions that we are announcing the sale of our original facility in Spring Lake. This Fall will be our 15th and final season at this location. … END_OF_DOCUMENT_TOKEN_TO_BE_REPLACED


Wait….Aren’t you just a cider place?


Well, the very simple answer is NO! It is true, we are well known for our world class ciders made at our facility in Grand Rapids.  We use the … END_OF_DOCUMENT_TOKEN_TO_BE_REPLACED


I was having a conversation with a friend recently regarding how much our lives and habits have changed since COVID-19.  Alden said it best when relating people and their behavior … END_OF_DOCUMENT_TOKEN_TO_BE_REPLACED

Thankful for all our friends and fans today! We ho

One day down, one to go. We're hangin' out at the

In case you didn't catch it. We're now open for lu

Too Gold on a bed of Golden Russets, one of the th

Don't forget: we're having a cider makers class he

So many apples! You won't find these in any grocer

Once again, thank you. #veteransday #vandermill

Ok so it's a little late for Halloween, but now an

Cysers are great for fall. Unique, rich, and smoot

We're having cidermaking class and you're invited!

More visuals from our new menu! This time green ch

We've got new merch! Stop into the taproom to chec