Imagine spending time and resources to develop a product only to find out that you won’t be able to describe it on the label in a way you think best resonates with consumers.

When he submitted a proposed label for Arktos’ Cricket Song mead to the Alcohol and Tobacco Tax and Trade Bureau (TTB), a division of the U.S. Department of the Treasury that governs the labeling of many alcoholic beverages, the agency told him he could not describe it as a “coffee-based mead” because of the way it was produced.

“Now when someone looks at my bottle they’re not going to have any idea they’re looking at a coffee mead,” Halaczkiewicz said.

The label for Cricket Song could only mention coffee in the product description. The product is labeled as a metheglin, an archaic term for meads that contain herbs, and is described as a “honey lemon strawberry wine with coffee added [and] aged in oak barrels for 3 months.” 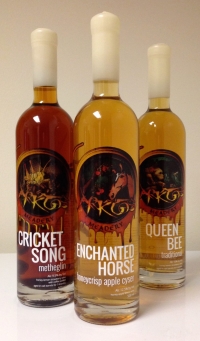