John Chapman was an American pioneer that was credited with bringing apple trees to the Midwest in the 1800s. He was regarded as a kind and generous nurseryman whose apples were often used to make hard cider.

Today, he is better known as Johnny Appleseed. Chapman’s Blend is made from a variety of American heritage apples including: Winesap Baldwin, Northern Spy and Johnathan. It is a semi-dry cider with a clean fruit flavor and slight carbonation.
Gluten-free. 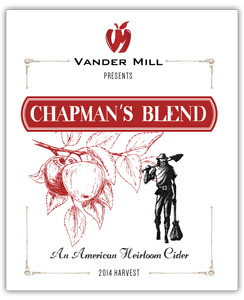 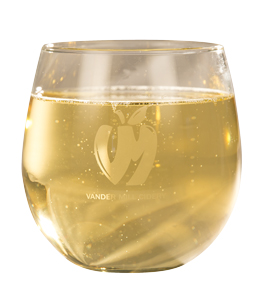 "A group of friends and I stopped by here on our way from Saugatuck to Grand Rapids and loved it..."

"This tucked away brunch spot is the coolest place to hang come Sunday." -Revue Magazine

"Vander Mill has created a new fan out of me!"

"Great place to visit. The Friday night pizza is outstanding. Lots off fun for the kids while the adults can relax and listen to local music. Clean from the front door to the apple pressing area."

"Vander Mill has all around great food. It is clean and a very interesting atmosphere. You need to visit this fall!"

Wait….Aren’t you just a cider place?


Well, the very simple answer is NO! It is true, we are well known for our world class ciders made at our facility in … Read More >


I was having a conversation with a friend recently regarding how much our lives and habits have changed since COVID-19.  Alden said it best … Read More >

What COVID procedures to expect when visiting Vander Mill.


Going out for dinner and or drinks has changed for all of us due to COVID-19.  At Vander Mill we strive to give our … Read More >

No Events
View All
Fresh cider! Pulled pork special! What more do you

Times are changing, so are we. Something new for y

More to the menu for Saturday! https://vandermill

Got the caddy out today! No BS it took a hammer to

Tomorrow! We are heating up in Grand Rapids! Smash

Curbside pickup today from 1-4 in both Grand rapid

Sweetening the deal! Getting the boat or the golf