Michigan’s growing base of craft hard cider producers have joined forces in a new industry association that aims to improve the supply of raw materials and drive awareness of the beverage among consumers.

At a time when numerous new operations are coming online and existing cideries are investing in expansions, the industry also faces its share of regulatory challenges, not to mention intense competition from other craft beverages. While the state already ranks among the top three in the nation for hard cider producers, the newly formed Michigan Cider Association wants to encourage even more growth.

To do that, producers needed to set aside their competitive nature and work for the good of the industry, said Paul Vander Heide, owner of Spring Lake-based Vander Mill LLC and the association’s president.

“We sell against each other, but we don’t do it in a way that’s negative to the other,” Vander Heide said. “We’re better off promoting what we have in a positive way for the category first. If we all do that, the category gets bigger.”

Representatives from Ada-based Sietsema Cider LLC and Tandem Ciders Inc. of Suttons Bay also sit on the association’s board.

Michigan currently ranks third in the U.S. with 9.3 percent of the country’s cider producers, according to a report on the cider industry by IBISWorld.

“We thought there was a lot we could be doing as a state organization that may not be as much of a benefit to outlying states or could have specific benefits to Michigan cider makers and agriculture,” Vander Heide said.

The MCA plans to host the inaugural Grand Rapids Cider Week during the second week of April to coincide with the annual Great Lakes International Cider and Perry Competition, which is also being held in Grand Rapids. During the weeklong event, MCA members plan to sponsor and participate in various programs and tastings throughout the city, Vander Heide said. 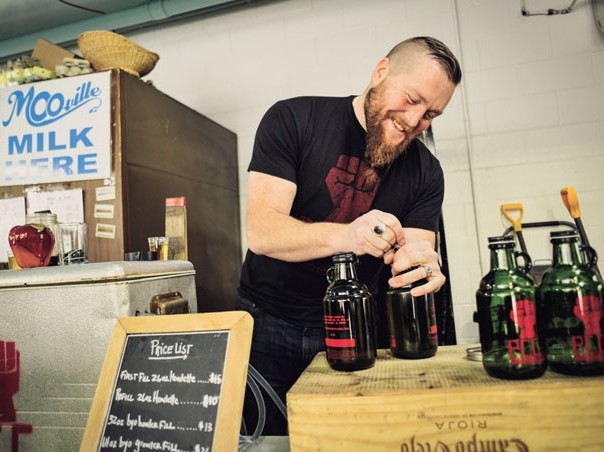