7 Innovative American Ciders You Have To Drink Now

Hard cider is no stranger to this country.

History is flooded with mentions of the golden juice. Colonial Americans trusted cider above drinking water and even the founding fathers quaffed startling amounts on a daily basis.

Despite its decline in the 19th century and the ever-surging tidal wave of craft beer in America, cider now continues to make gains in popularity thanks to a modern atmosphere of experimentation. What’s old is new again, and cider is no exception.

What makes cider so exciting? Perhaps it’s the endless ways in which the humble apple can be transformed. Sweet or dry; still or sparkling; bittersweet or bittersharp, today’s ciders run wild with possibility. Many craft ciders display characteristics similar to beer, utilizing techniques like dry-hopping and barrel-aging, but also boast gluten-free benefits. With the opportunity for experimentation constantly expanding, American cider makers are testing the core possibilities of the apple. Now it’s time to taste some of the exhilarating results, from barbecue-smoked batches to wild-fermented sparklers.

Totally Roasted
ABV: 6.8%
Hails from: Spring Lake, Michigan
Toasted pecans. Cinnamon. Vanilla. These ingredients could be the building blocks of a sugar-shellacked pie, but for Vander Mill, they’re the components of a winning cider. More than four pounds of cinnamon-roasted pecans flavor each batch of Totally Roasted cider, adding full-bodied texture and nutty depth. Yet the aroma of fresh apple still shines through, giving the cider a crispness that balances the undertones of sweet vanilla and pecans. Totally Roasted was originally served in 750mL bottles, but Vander Mill switched to cans for customer ease when the cider quickly proved itself a core product. View full article > 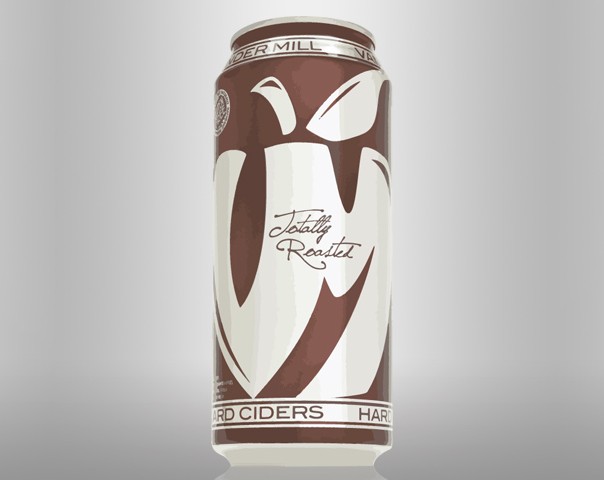